Your cause is a worthy one. 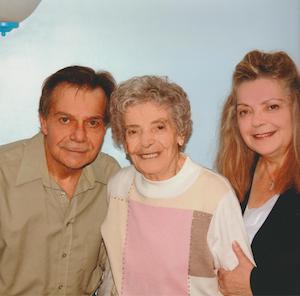 Over thirty-five years ago, and shortly after my father died, my mother was diagnosed with multiple sclerosis (MS). She lived in the house she and my dad had built in Thorold, Ontario, where they had raised my brother and me. As her MS progressed, I realized that she could no longer live alone unassisted. Since she wouldn’t move in with my brother or me, I sold my house in Toronto and moved in with her. I worked for several years, but my mom’s condition continued to worsen and eventually I retired early so that I could better meet her needs. I intended to get a part-time job, but her condition has deteriorated so quickly that I haven’t been able to leave her to work. Even though I watch my money carefully and spend it only on basic living expenses and necessities, I’ve watched a good amount of my retirement savings  disappear over the last few years.

About a year and half ago my mom took a bad turn and was hospitalized for over six weeks. During this time we were approached by a social worker with the local community care access centre, and eventually we were able to arrange for my mother to get an hour a day of home care from a personal support worker for help with bathing and dressing. Although the home care company tries to send personal support workers who have been here before and to send them at our pre-arranged appointment times,  they often can’t. The frequent changes in schedule and personnel mean that I either have to be home to train someone new or cancel appointments in frustration if the worker is running late, especially when my mom or I have a medical appointment to get to. Sometimes it’s easier and takes less time to just do it myself.

Seven weeks ago my mom broke her wrist, which meant that the poor dear could do nothing for herself and my workload became even greater. Because she needed help in the night to go to the washroom I was getting little sleep. At the time I needed ParaMed’s help the most, the changes in schedule became even more frequent, making my almost unbearable load even greater. For the first time in my life I literally broke down. My brother, who has always been extremely helpful, did all he could to help, but there are some things only I can do for her, and I didn’t feel comfortable leaving her more than an hour at a time.

My mom is 91 now. Her world has become very small as her condition has continued to get worse and so many of her friends and family have passed away. My brother and I remain committed to giving her the best quality of life we can and to doing all we can so that she never has to go to a nursing home. Over the years, we have visited some of her friends and one of her brothers who were in nursing homes before they died, and the facilities have all been understaffed and the patients have at times been neglected. We are reluctant to pay for additional in home help right now and we’re trying to do everything on our own because even though we hope to have our mom with us forever in her own home, we want to make sure the money will be there to help her when we no longer can.

I’ve had a good life and we have much to be grateful for, but it should not have to be this difficult. How much more does it cost government to run nursing homes than it would to provide a little more assistance so that people like me can take care of their aging loves ones at home, where they are happier and healthier and can live their remaining years comfortably in the best place for them and with the people who cherish them? It doesn’t make sense either financially or humanely to bankrupt families because all they want is to keep their loved ones at home rather than doing the easiest thing for themselves and the more costly thing for government, which is to place them in nursing homes where the quality and quantity of care is so much lower. I’ve given up thinking, believing and hoping that that day will come for us when we get the support we need. Good luck with future your endeavours; your cause is a worthy one.